Alexia began her career in theatre and entertainment, having studied at The Italia Conti Academy of Theatre Arts in London. After several years working in showbusiness (and some glorious times travelling in Australia and India), she relocated and began a career in sport, primarily as a sports coach working with children and young people in schools, colleges and football/soccer camps in the UK and US.

In 2006, Alexia joined The Priory Group as a PE assistant in a specialist school for children with autism, and she was part of the team there for almost five years. Simultaneously, she returned to education and gained a First-Class degree in Sports Performance at the University of Bath.

This led to a role with Pentathlon GB (the national governing body for Olympic sport of Modern Pentathlon) where Alexia worked as a Competitions Assistant, and she was lucky enough to be part of the preparations for the London 2012 Olympic Games. Her desire to develop her skills supporting young people took her next to the Leaf Academy in Bournemouth as an Athlete Mentor, before moving to Southampton Football Club where she worked for seven years as an Operations, Welfare and Education Manager in their world-renowned academy.

Alexia comes to Norland from the Dyson Institute of Engineering where she was working as a Student Support Advisor. Alexia holds NCFE CACHE Level 2 qualifications in Counselling Skills, Children and Young People’s Mental Health and Awareness of Mental Health Problems. 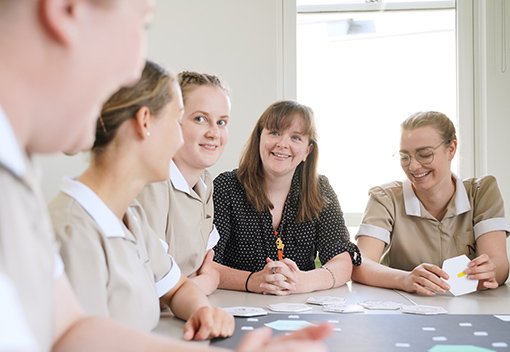